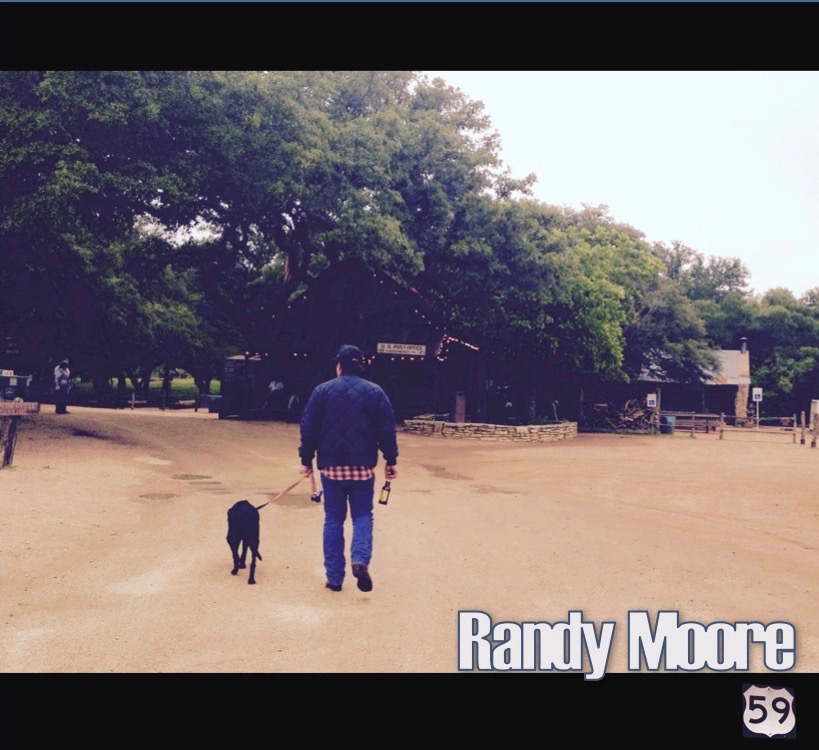 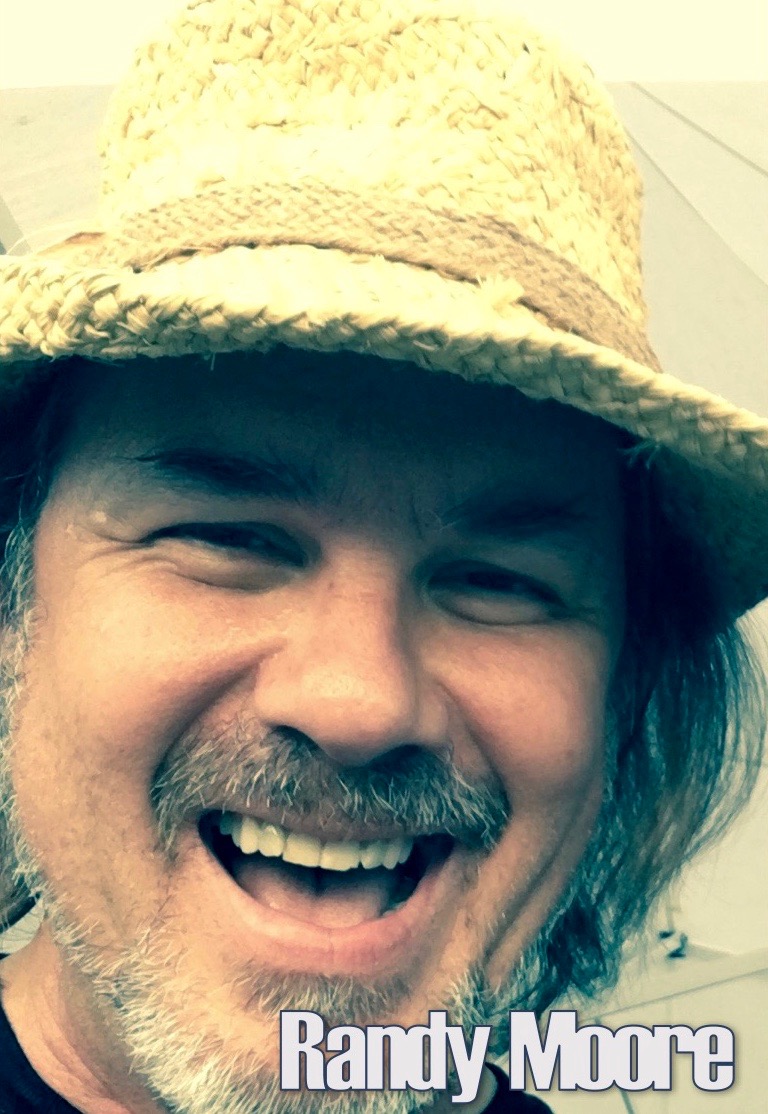 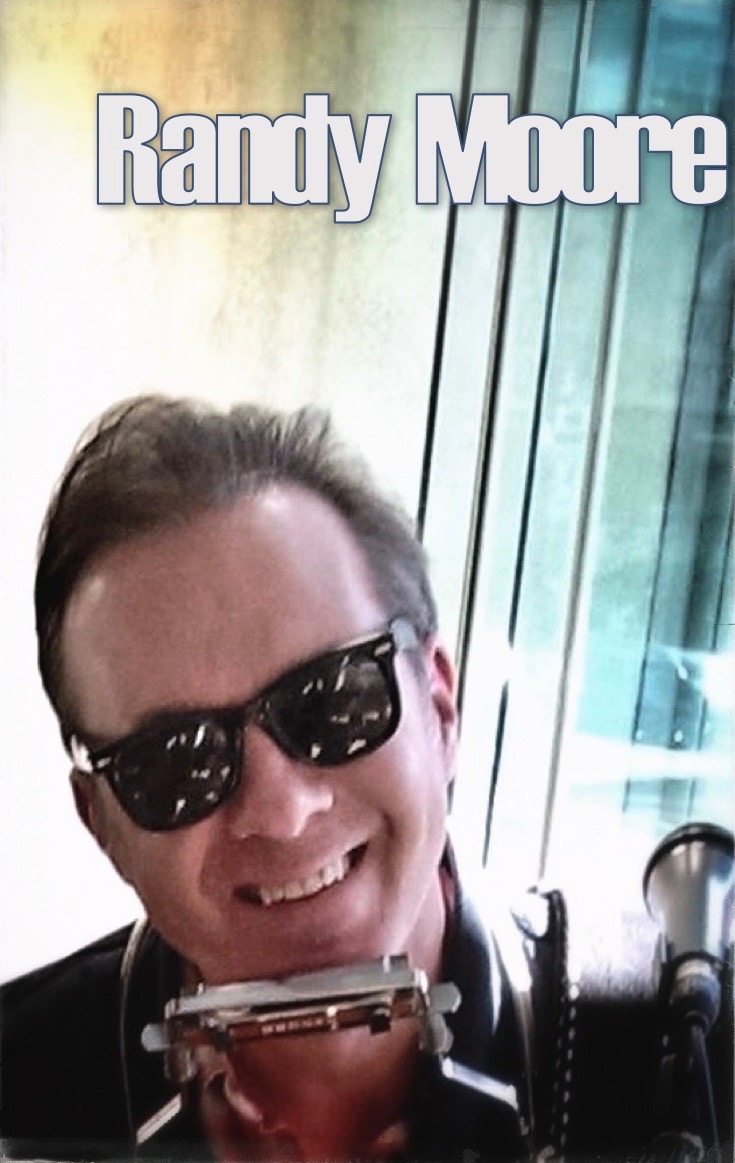 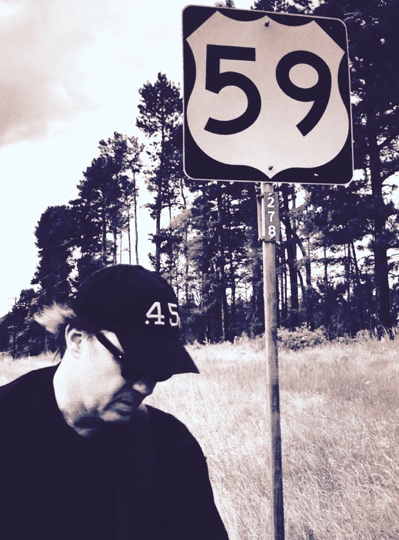 Randy Moore is an artist who fuses modern folk and rock music with retro Texas and alt-country stylings. Randy's lyrics are a personal and reflection of his own life and experiences. "Hwy 59" is Randy's musical self-portrait.
Influences Carl Perkins, Willie Nelson
Sounds Like Don Williams, Tom Petty, Zac Brown Band

Born in Memphis, Tennessee.  Randy's dad Buzz Moore, a jet fighter pilot for the U.S. Air Force, and mom Evelyn had one son already, when the Air Force doctors told Evelyn that she had a tumor and it must be removed.  Buzz, not being a follower of regulations, opted for a second opinion. Dad's "gut feeling" paid off, the tumor happened to be Randy.

In 1972, Randy entered the Humble Middle School talent show, with only a few months of guitar lessons, a blue satin suit, three chords and a song.  "When I walked out on that huge stage at the high school and belted out 'Dead Skunk in the Middle of the Road', I had no idea that the place will come unglued like it did … it was fun and frightening all in the same moment. " Randy took first place that night but more than anything else he got caught up in the rush of being up there, he liked the feeling.

Most of the 1970’s consisted of Randy being a Texas Music Artist, promoting his first records

and performing regularly at Gilley’s Club in Houston, The KWKH Louisiana Hayride, Billy Bob’s in Fort Worth and many other dance halls and concert venues.

In 1978, Randy made his way to Nashville where he was introduced by the King of Country Music, Roy Acuff, on the stage of the Grand Ole Opry. "Yep, there I was on stage with Mr. Roy, the Smoky Mountain Boys and the Opry staff band doin' a hopped-up version of "Good Old Mountain Dew". What an incredible moment." Nashville television producer Jim Owens (Crook and Chase) cast Randy to play a lead role in a developing television series. "Big Al's Doggs" was the show's title, and the premise was based on a "60's "high school rock band. By then, Randy had formed another band and was burning up the road with the Knott Brothers ('cause they were "not brothers"), opening for the likes of Hank William Jr., David Allen Coe, Johnny Paycheck and a host of other country stars. Randy kept soaking up the music and writing songs.

Throughout the 1980’s and 1990’s Randy embarked on his songwriting career. A feature of the Blue Bird Café and WSM Radio, he was writing songs with some of Nashville's best talents including Pat Bunch, Jessie Hunter, Restless Heart, Lone Star and the his legendary mentor, Carl Perkins. "The first time I met Carl Perkins, he was walking across his backyard and the way he moved and his way of relating things reminded me of my dad, he had that West Tennessee, salt of the southern soil thing, just like dad… I felt right at home.”

In the late 1990’s Randy turned his attention back to live performance and was voted Nashville’s best Artist and Songwriter by The Tennessean (Gannett News), He won The Songwriters Network International Award. Following his performance in October 2001 alongside Bruce Springsteen to help raise funding for the devastated families on 9/11, Randy was granted the honorary Tennessee Volunteer Award by the Governor Of Tennessee (one of the state’s highest commendations).

But Randy Moore is not just a local, regional, or national act. Randy is a worldwide act. He’s been featured in concerts and stages from Shanghai, China to Monaco, from Saudi Arabia to Canada. Randy’s travels and life experiences are well documented and have become the bedrock for his newest and most profound musical work, the new album “Hwy 59” by Randy Moore. The New CD has garnered immediate accolades and recognition. The first single, “Sunshine State Of Mind” is America’s # 1 Trop-Rock hit of 2016. The subsequent releases from “Hwy 59” have captured the attention of hundreds of radio programmers worldwide and won The Arzuk Radio Male Indie Artist and Classic Indie Artist of 2016, LOZ Radio’s Top 5 Artists of 2016, FCR “My Kind Of Country”One of The Best Album Releases of 2016, and Radio Medusa 1st place Christmas Song Of The Year (“Little Drummer Boy”).

Produced by Randy Moore with Norbert Putman, executive in charge of production. Randy wrote 7 of the songs and co-wrote 3.

Album highlights include radio trop-rock summer hit, “Sunshine State Of Mind”, Texas alt-country tunes, “Goin’ Back To Texas” and “Highway 59 Revisited”, the soulfully tinged numbers, “Roll Me Another One” and “Things That I Like”, a double-murder rocker tune, “Santa Monica Pier”, a new folk ballad and personal tribute song. “Paw”, plus 3 more. “Hwy 59” may not have something for everyone but it does have something for someone.

Randy Moore is from Humble, Texas. His writing & recording career began at the age of 15. Randy was a staple of the Houston and later the Texas music scene. Playing weekly shows at world famous Gilley’s in Pasadena, Texas, in addition to shows and dance halls in Dallas/ Ft. Worth, Waco, San Antonio, and Austin. Randy, made his way to Nashville sometime later and was featured as a guest artist act with Vince Gill, Hank Williams Jr., Bruce Springsteen, and Jon Bon Jovi as well as a guest artist on WSM’s Grand Ole Opry. He formed a friendship in the late 90's with his musical mentor and friend, Carl Perkins. Today, Randy Moore travels the world stage from Monaco to Shanghai, China, performing his music for a diverse audience of music fans.

For more info about this album and Randy Moore, contact him at www.highway59records.com  .