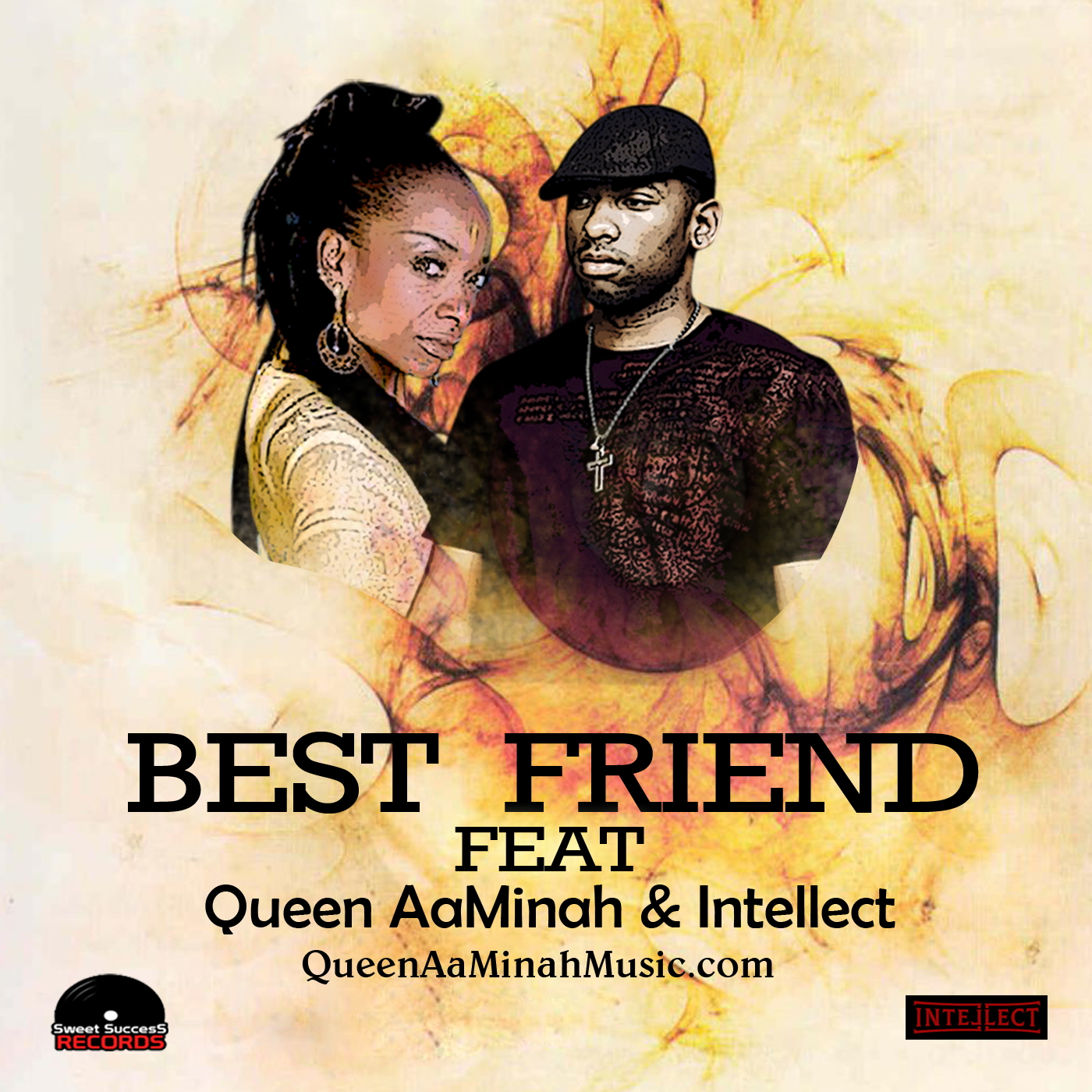 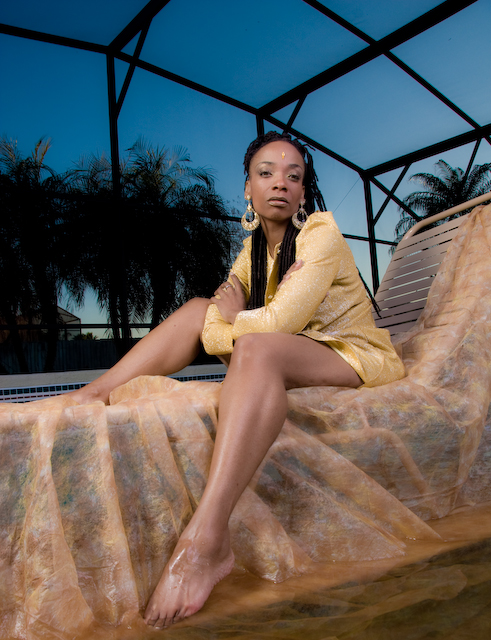 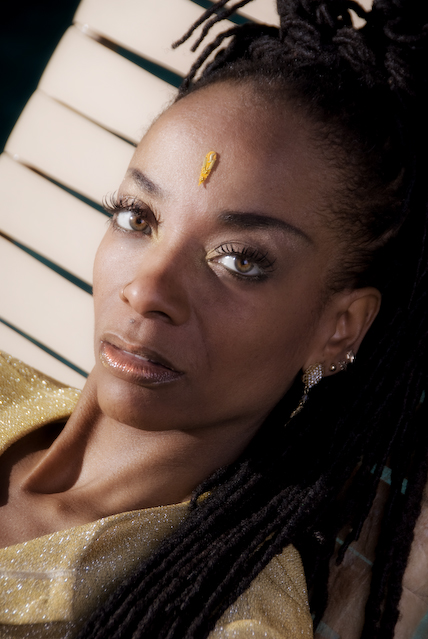 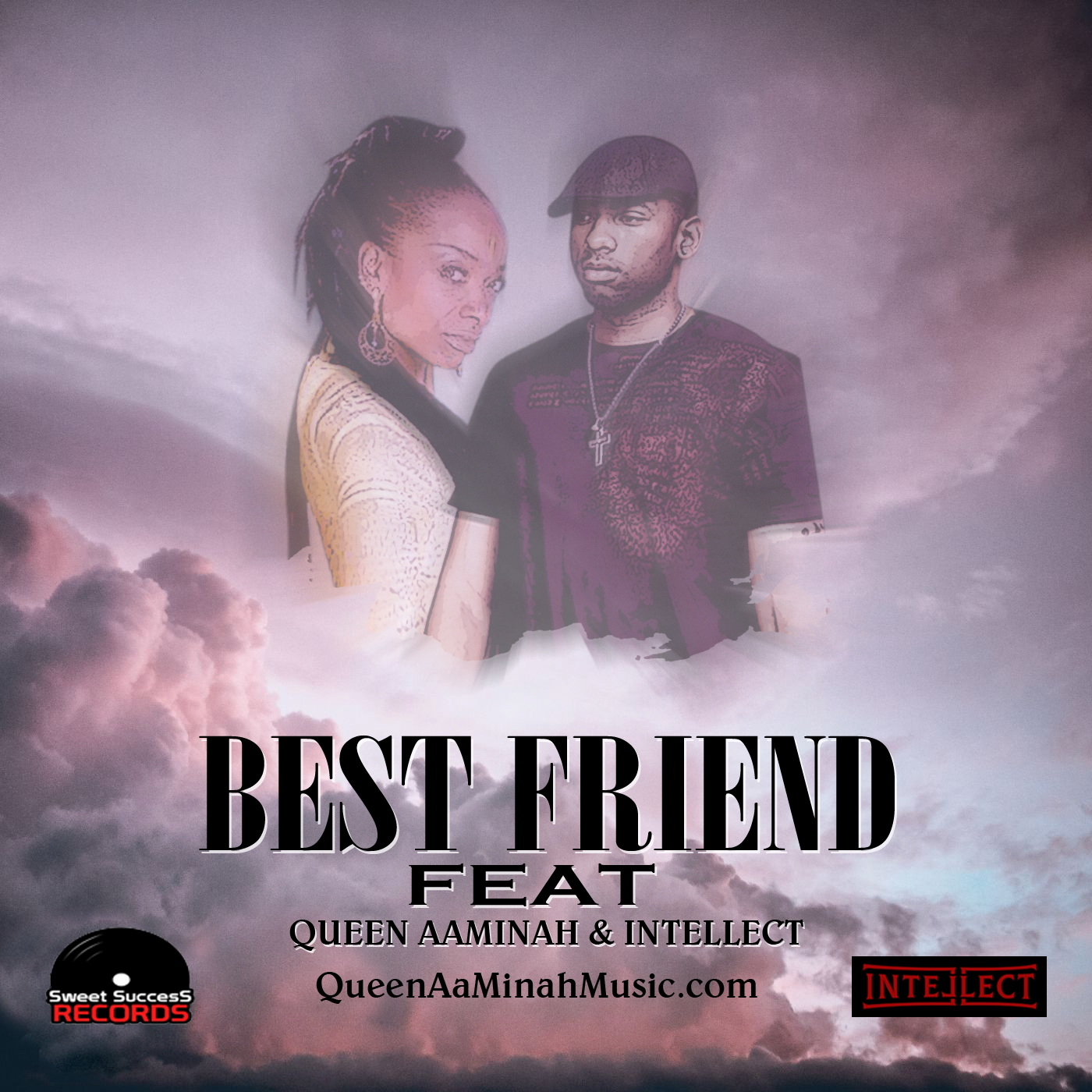 Queen AaMinah is returning to her “roots” having been raised by a music father she reaches everything from R& B and Jazz. As a back ground singer for the group “les Nubian” she has become very diversified to perform in front of a all types of crowds.
Influences Les Nubian,
Sounds Like AaMinah, ,

- Singing and performing from a place where only true musician artists come from:

-  Queen AaMinah, born Kimberly Hassell, was raised in the Add Sleigh Park area of St. Albans, Queens, New York. Very early in her life, her supportive parents realized they had a daughter who loved performing and the stage, so they enrolled her in dancing school, piano lessons, and she joined her church choir where she learned the beauty of Classical music. Before she reached her 10th birthday, she had produced several shows (with the aides of her family and her community) to raise money for sickle-cell anemia, cerebral palsy, diabetes and birth defects. During her high school years, her passion for the arts led to choreography and tour performances on many other circuits including Doo-Wop and Broadway remakes in the Caribbean.

While attending Lincoln University in PA., Queen AaMinah studied all facets of performing arts and music. This "Opera turned Jazz" vocalist is also well-versed in R&B, Hip-Hop, Alternative, House and Classical music. Her acting, dancing and choreography training helped her to excel, as she became one of the leaders in both the University Dance Company, as well as the University Theater Ensemble. It was of no surprise to her professors when she became the second female student to be chosen as lead vocalist for the school's renowned Jazz Quintet in the previous ten years. In the words of the graduate, "College not only enhanced my gifts, but it taught me how to 'think' and how to work very harmoniously with others. The total experience was priceless, and yes, the Greek-week functions were 'off the chain!' ".

From the USA to Australia...Massachusetts to Morocco...Harlem to Helsinki...This queen has performed both lead and background vocals to thousands of concert-goers worldwide. Her debut album, "Love Reigns" may crown her "Progressive SOUL's" new golden lady to her NEW single release on Sweet Success Records  entitled “Best Friend feat Queen AaMinah & Intellect”

In recent years, Queen AaMinah has established herself ("by the Grace of God", she admits) as a Singer/Songwriter, Producer, Choreographer and Creator. She has toured the world and performed in Music Videos with top recording artists such as:

Mary J. Blige- MCA, Amel Larrieux-Blisslife, Groove Theory- SONY Epic, JADE- Giant, Busta Rhymes- Violator, D'Angelo-EMI, and the opening band for the Dave Matthews Band- RCA/BMG- Robin Andre'- RCA. She had the amazing experience of ringing in New Year's 2001 in Marrakech, Morocco performing for the King, Prince, Princess and remaining members of the Royal Family of Morocco. The highlight of the night was when Prince Moulay Rachid walked up on stage and played congas behind her while she sang "I Know You, I Live You" by Chaka Khan. She recalls "singing from her toes!", an expression coined when a one is digging deep down within and singing from the soul. " I couldn't believe the Prince was coming onstage to rock with me! I had to focus even harder not to mess up the words! That was so incredible! And he was great! Perfect timing!

Most recently, the queen has been rocking Europe, the UK, South Beach, Scandinavia, the Netherlands and South Africa while on tour with Grammy winner Louie Vega and his Elements of Life band-MAW/Vega Records. Queen AaMinah has been the featured female vocalist with the historical Black Rock Coalition Orchestra (BRC) on the "sold-out" Finland tour with "The Keynoter", highlighting music from the "Blaxploitation" film era, and in Paris for the Sons d'hiver Music Festival where they paid tribute to the God-Father of Soul, James Brown. The BRC is well known for paying tribute to various African-American and Latino artists throughout modern history. Queen AaMinah continues to be a member and featured artist along with the likes of Nona Hendrix of "LaBelle", Coati Mundi, Bilal, Gordon Chambers, Kelli Sae, Sandra St. Victor, Reese and more. Having already achieved so much, she is a seasoned veteran who is both prepared and always looking forward to continued success in her performing and recording career.          Often compared to artists like Jill Scott, Erykah Badu, India Arie, and the late, greats Sarah Vaughn and Ella Fitzgerald, Queen AaMinah* carves out her own niche where she holds more than "her own". Working on "Love Reigns" with her co-producer, Lionel Sanchez, Jr. of Transition Studios-NYC, had finally allowed her to be "free in the music", she says. She also feels quite blessed to have had so many talented and well-known producers, musicians, and musical directors perform on her first CD project, including her live band she calls "The Reign". "They all let me do my thing as well as respecting my abilities as a musician far more than many other musicians I've worked with before", she states.  "It's not easy being a female in this male-oriented business", but this dame's got game. Get ready for her reign has come!