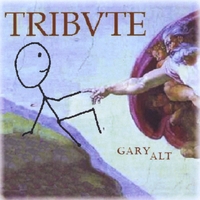 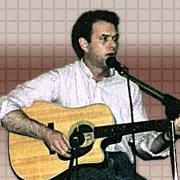 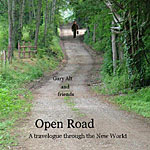 Blues/rock guitarist who also plays piano in virtually every musical style. Songwriter influenced by The Beatles, S Wonder, Bacharach, Carole King, and so on. It's no wonder he covers so many diverse styles.
Influences The Beatles, Eric Clapton
Sounds Like Chopin, John McLaughlin, Carole King
His earliest memories are about music. Listening to AM transistor radio and vinyl 45’s with a ceramic needle soon gave way to listening to New York’s WNEW-FM in the late 60’s. But the turning point in Gary’s musical life came when he first heard Eric Clapton on Best of Cream, a gift from older sister Peggy. She thought he should listen to Ginger Baker, being that Gary was a drummer in the school band, but hearing Clapton’s soaring guitar solo in Spoonful delivered the jolt that turned his head and heart around forever.

For the last four decades, since around the age of ten, Gary has made the guitar his primary instrument. But he also plays piano, drums, and anything else that crosses his path and belongs on a recording.

Songwriting didn’t become a serious passion of Gary’s until the mid-90’s. He admits that before then he assumed he couldn’t write lyrics, yet he always loved the sound and etymology of words. Why didn’t he start sooner? Ask him, and he’ll tell you he wished he knew, and so does everyone else that has had the pleasure of hearing his songs.

Which does he enjoy more, writing and recording his own songs, or playing for audiences both solo and with his band Thunderhouse? Another question with no answer. Watch him closely, and you’ll probably agree that what he enjoys most seems to be whatever he’s doing musically at the moment. Anyone that has ever seen or heard Gary play is struck by his intense musical passion and delivery.

See what the New Jersey Herald wrote about Gary Alt and Tribute:

"In an exuberant and inspiring tribute to nearly three dozen of his most important musical influences, Gary Alt, a songwriter and instrumentalist from Sussex, has produced a two-disc CD album fittingly titled Tribute..."

For the full four-column article, written by journalist and author Joel Samberg, click the following link: