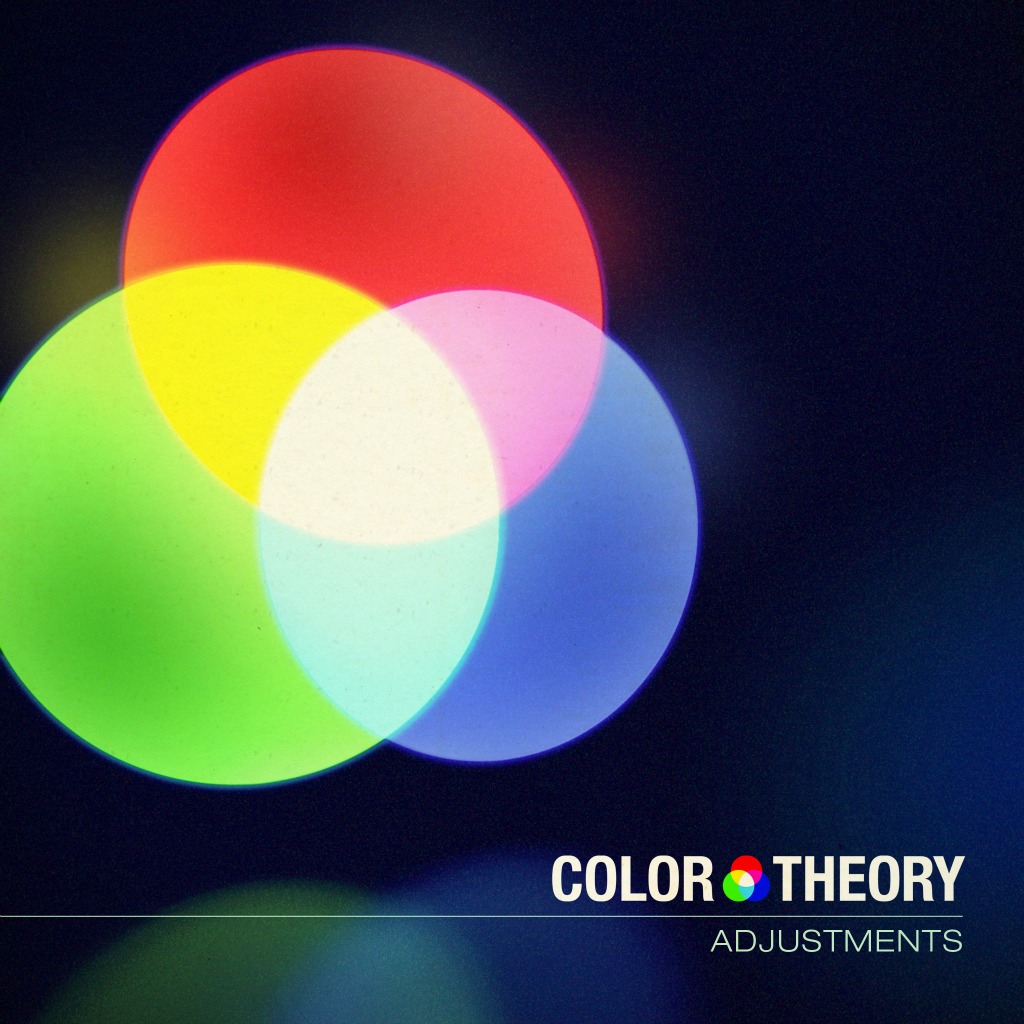 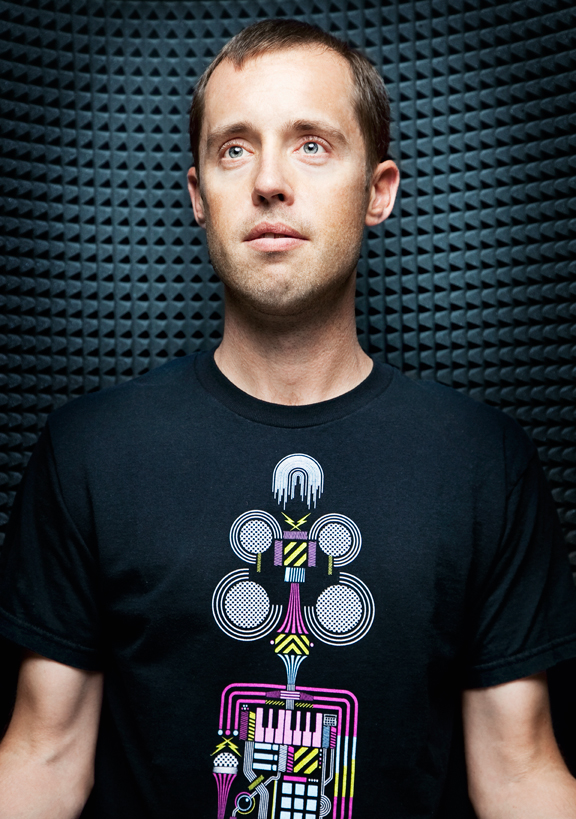 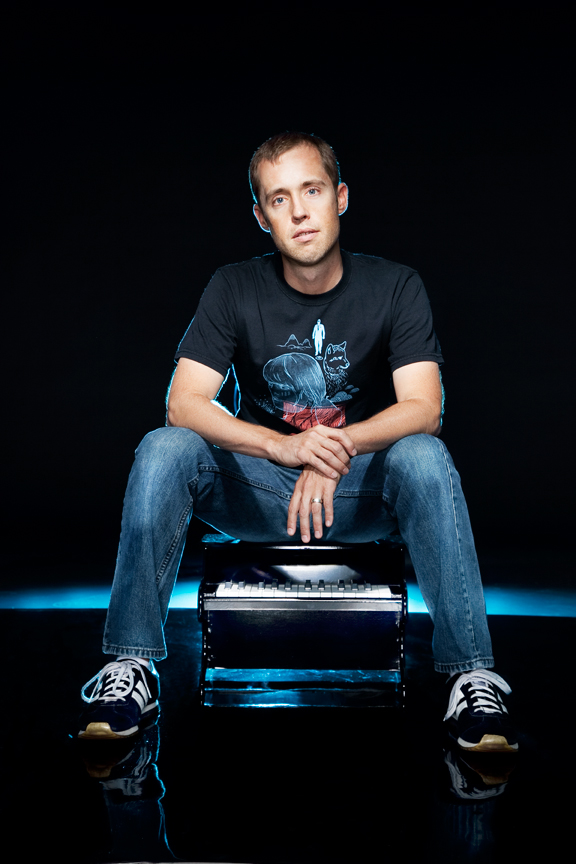 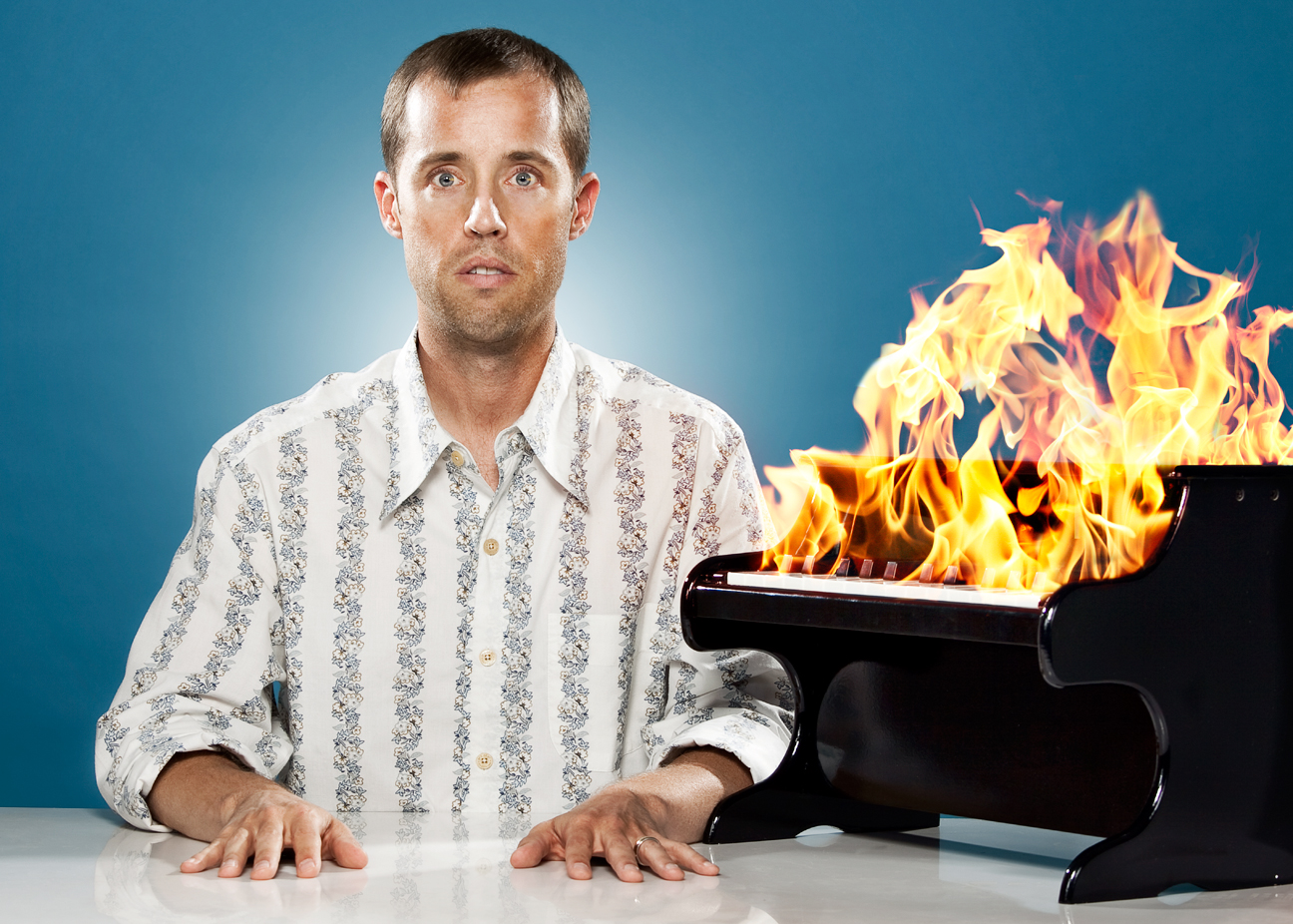 80's synthpop is in Brian Hazard's blood, but he mostly listens to Electronic Dance Music these days. His distinctive brand of literary dance pop draws from both, fleshed out with rich piano voicings. Anyone who took music lessons as a kid calls themselves "classically trained," but Hazard went the distance, earning a Bachelor of Music degree in Piano Performance. Immediately after graduation, he left Beethoven and Brahms behind to pursue his first musical inspiration, Depeche Mode.

The line between inspiration and imitation blurred when Hazard's song "Ponytail Girl" spread like wildfire on Napster, mislabeled as a Depeche Mode b-side. Despite both parties' efforts to set the record straight (depechemode.com went so far as to address the mix-up in their FAQ), bootleg versions of Depeche Mode's Exciter album were sold around the world with "Ponytail Girl" included as a so-called bonus track. Hazard used the incident as the basis for a tribute album to the band, Color Theory presents Depeche Mode.

Since then, Hazard has emerged from the shadow of his childhood heroes to become an artist in his own right. The Orange County Register acclaimed, "Hazard writes songs that are intensely personal and uses technology to enhance material that is as emotive as the best folk." Highlights include winning the Grand Prize in the John Lennon Songwriting Contest, two songs in the hit video game Rock Band, and several song placements on MTV's The Real World.

No Press Release posted by this Artist