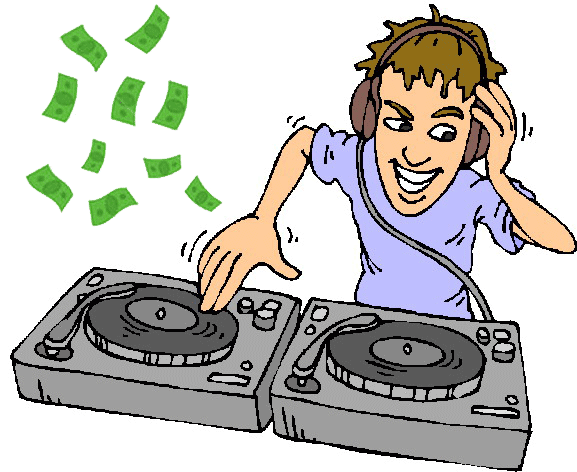 It goes without saying, all bands and musicians want to get their songs on the radio. There’s no point drumming up all the benefits of having your music broadcast to thousands of listeners with one spin on the radio. And of course radio stations want to find songs they think their audiences will want to hear. All this goes without saying (even though we just said it, twice).

But therein lies a nearly century-old problem for both artists and radio stations:

For the musician: How does an artist, in a sea of artists, get the radio station to listen to my song?

Traditionally, radio stations relied on record labels and publicists to provide the filter through which good songs are presented to the station. But publicists are expensive and labels represent only a small slice of deserving artists. In addition, the Internet has created many more radio outlets that play a much wider array of musical genres to niche audiences.

For the do-it-yourself musician, the electronic press kit (EPK) has made it easier to reach stations more efficiently and economically. For stations, the EPK is easier to review music more quickly. Ironically, the EPK and other technology have also made things more difficult for both sides. Artists are now competing against many more artists, and radio stations are now flooded with band submissions, canceling out the benefits.

Is it time to Pay the Radio Stations to listen to your music for airplay consideration? Paying a radio station DJ to listen to my music is tantamount to payola, which we all know is both illegal and unethical. Radio airwaves are a public trust, and playing music on radio stations should always and forever be about the music only, not the highest bidder.

Even if money does not guarantee airplay, paying a radio station DJ to listen to my music for 5 seconds, only to tell me “it doesn’t fit our format”, is a rip-off. DJs and radio programmers should WANT to listen to all the music they can get their hands on. And radio stations should make their money on advertising and not off the backs of starving artists with no hope, anyway.

Finally, radio stations would abuse a system that promised to consider giving airplay to the “best” songs - DJs and programmers would sit back and collect the submission fees and play the same songs anyway.

This is a lousy idea! This new era of the music industry is ripe for radio stations to begin charging for airplay consideration.

First of all, this is not “payola”. We’re not talking about thousands of dollars - more like a few bucks per listen. Paying a small fee for a radio station program director or DJ to listen to your music in no way guarantees airplay. You’re simply paying for the time it takes to decide if your song has potential for their airwaves. It’s a “listen fee” or “screen fee”, call it what you like. And there isn’t anything scandalous about it. It’s very much like paying a publicist or a radio promoter to “promote” your songs to the station, only you’re cutting out the (overly expensive) middleman.

Of course, there are tons of songs to screen, which incidentally provides an excuse for many people in radio to not bother with any artist submissions. Most college stations will skip the task of reviewing CDs mailed into the station or emailed to their already-clogged inboxes. Instead, they take phone calls from record labels and high-powered, expensive publicists and rely on these sources to fill their playlists. There’s little time, and even less incentive, to comb through the pile of unsigned, unknown and obscure artist submissions, even knowing inevitably there are standout artists among the pile.

What radio people really need is a system that makes it easy to screen songs quickly while paying them for their time. Artists only want a chance, and they are willing to pay for this chance. Stations need an incentive to go through hundreds, if not thousands, of songs.

Finally, the relationship between artists and radio is a unique one. The parties involved do not need to cultivate a long-term relationship for both to benefit. The relationship is not like dating which leads to marriage -it’s more like a one-night stand. DJs listen to a song for a brief moment - if the song is good, it could be worth a spin or two. Let your audience decide. If the song is not right, no hard feelings, and thanks for your time.

what do you think? If you’re an artist or a radio station DJ, program director or music director, please feel free to comment here, on tumblr, twitter or facebook, or write to michaelc@musicsubmit.com with any comments, ideas, criticism, or insults. thank you very much for reading!